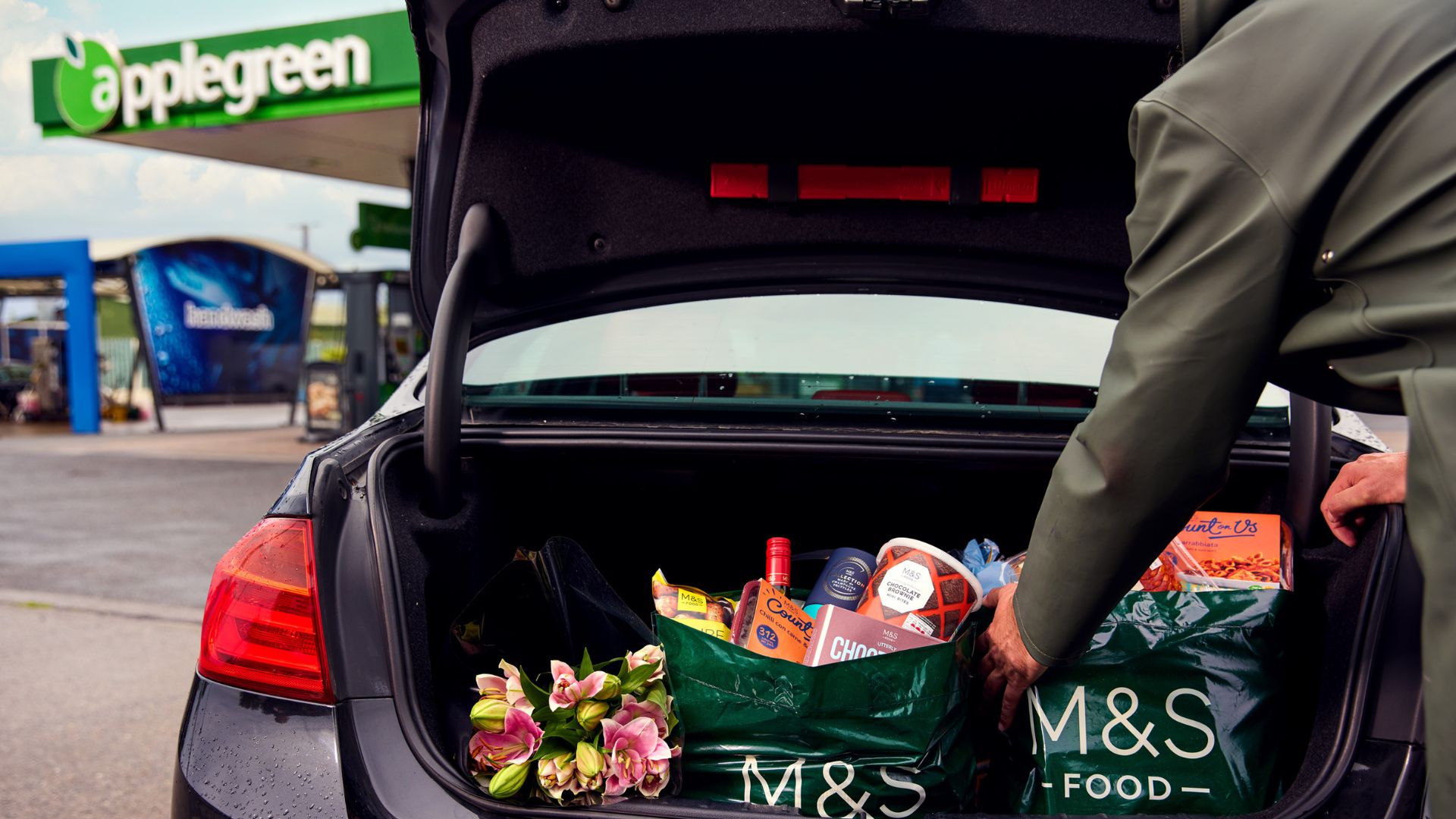 Applegreen to offer M&S Food products in its roadside locations

A new M&S Food “shop-in-shop” will initially be available in five Applegreen locations and will feature the best of M&S Food, including fresh fruit, sandwiches and salads, dinner for tonight and a selection of other M&S favourites, alongside Applegreen’s existing product range.

The first Applegreen location to launch M&S Food will be Mountgorry, Swords, Co Dublin in November, followed by Booterstown, Co Dublin shortly afterwards. Three more locations will open in the first quarter of next year - at Celbridge, Co Kildare, Kinsealy, Co Dublin and at the M11 services area at Cullenmore, Co Wicklow. Applegreen currently has almost 200 locations in the Irish market.

This new partnership will complement Applegreen’s leading store proposition and will also bring M&S Food to a broader Irish customer base. Research shows that Irish customers view M&S Food products as being special, trusted and tempting.

“We are absolutely delighted to be partnering with M&S, a strong and trusted brand for high quality food. As a proud Irish business, we believe this partnership will complement our market-leading offer of choice, quality, value, and a great experience to our customers on the road. We are constantly improving to give our customers more choice and a better customer experience, and this agreement with M&S is part of that evolution."

“This partnership will expand our footprint in Ireland and help bring delicious, great value M&S Food to even more customers. Applegreen is a fantastic Irish brand, and we are hugely excited to be partnering with them in this market. M&S has built great heritage with Irish customers since opening here almost 43 years ago. Whether it is picking up lunch or dinner on the move, buying snacks on a journey, or doing a convenient week’s shop, customers will find a wide range of M&S Food in new convenient locations across the country"

This partnership with M&S is the latest step in Applegreen’s continuous evolution to bring the best customer experience on the road to Irish customers. It follows recent innovations such as the launch of Braeburn coffee, which is now available in more than 40 Applegreen locations and is continuing to roll out across the country.

Irish owned and founded Applegreen opened its first service station in Ballyfermot in 1992, and now operates almost 200 locations in the Irish market. Applegreen also has a significant business overseas, with operations in Britain and the United States, and a total of 620 locations and more than 700 branded food offers across its global network.

The Applegreen business currently employs over 15,000 people and has further plans for growth in its major markets. Its expansion plans are focused on acquiring and developing new sites in the markets in which it already operates, as well as upgrading and rebranding its existing locations.

M&S Food has a proven track record of strong franchise partnerships in the UK, where its products are available in more than 300 roadside, rail, and airport locations.

If you have any queries,
please contact us via the e-mail address below and our team will get back to you.